The Belgian Muscles team have been an integral and important part of the overall success of Muscles for Charity, and were represented by ‘Captain’ Johan and Rob when the UK team celebrated the amazing achievement of 10,000 voluntary hours.

The celebration held on Sunday 16th September 2012 was the highlight of an extended weekend which involved both representatives enjoying fun, friendship, mischief and a Muscles job, in addition to joining UK Muscles volunteers and a selection of recipients from the 300 projects. Known affectionately by the ‘Brits’ as the ‘Chocolate Boys’ they were great ambassadors for their country and the Muscles ethos. 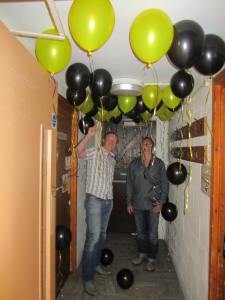 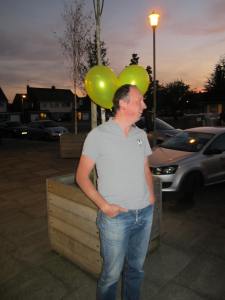 ‘Captain’ Johan led a team of eight Muscles volunteers to an early 19th century house in Rumst where they joined family members to help clear a house that included a former printing business.  Narrow stair ways, a combination of rooms, attic spaces challenged the teams dexterity, but were met with humour, ingenuity, determination and ‘muscle power’. 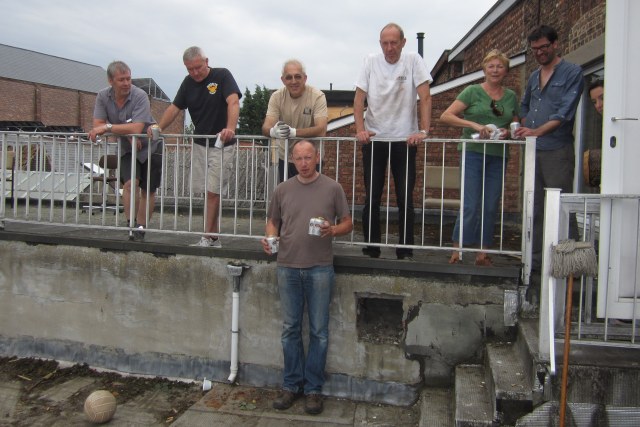 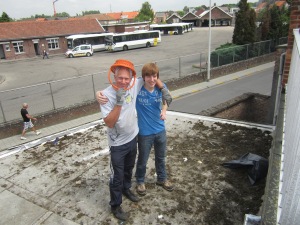 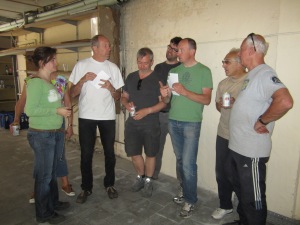 Dear “Muscles team”,
The family Verbruggen, owner of the house that was cleared by your team on June 29 and 30, wants to express their gratitude by donating:
–          to “Artsen zonder vakantie” (medics without vacation, www.azv.be ), a Flemish registered organization of medical staff that spend their free time going to Africa and educate local staff.
–          to “U-turn” (www.projectu-turn.com) that organizes adventurous trips for disabled people in order to have them “make a U/turn” and start a new live.
The two organizations already reacted enthusiastically.
Many thanks once more to Glenna, Ed, John, Steve, Bernie, Kevin, Johan and Robert from “Muscles for Charity” and the local volunteers Marjolijn, Jan, Dries, Ben, Chris and Hugo.
Greetings
Hugo Rens for the Verbruggen family